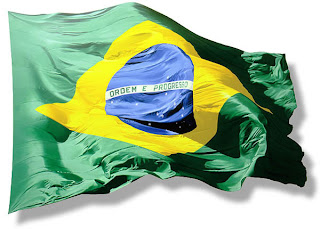 BRAZIL: A BRIC TO BUILD WITH

BRAZIL NOW HAS A LARGER TOTAL GDP THAN THE UK AND HAS SOMETHING OTHER NATIONS LOOK FOR IN VAIN: SUSTAINED LEADERSHIP

“Brazil, which hosts the Earth summit this month and a World Cup and an Olympics in the next four years, has been enjoying something for which you would look for in vain across much of the world: sustained leadership. First came Cardoso, the sociologist-statesman who brought the economy under control. Next was Lula, the best reincarnation yet of Franklin Roosevelt. Emerging from his shadow as a pragmatic reformer with edge is the current president, Dilma Rousseff.


Brazil rose with China, feeding it soybeans and iron ore, and now has a larger total GDP than the UK. Lula likened himself to a street peddler, hawking commodities everywhere; Ms Rousseff's challenge is to unlock productivity and establish a more advanced economy. Since Brazilians are already much richer than the Chinese or Indians, it would be hard to approach their growth rates, but there is a possibility of massive investment in infrastructure and, most important, education. Ms Rousseff will need to transfer her popularity and managerial skill into a command of congress to set the pace.


Though leading the world in inequality, Brazil also leads in effectively addressing it. Its justly famous social programmes, an advert for activist government, have helped lift 20 million people out of poverty and create an internal market. Long receiving economic lectures of mixed quality, Brasilia has no wish to start giving them, but watches with apprehension European attempts to reduce debt in the absence of growth. All this has given Brazil the credibility to assume its long-coveted role as a global power.


Particularly under Ms Rousseff and her foreign minister, Antonio Patriota, it has assumed a distinctive mixture of restraint and independence in the exercise of that power. Brasilia has not only doubled its diplomats in the last decade, it has redoubled its emphasis on diplomacy as the only way to "benign multipolarity". Partly this is the luxury of a peaceful neighbourhood (which it must still persuade of the advantages and magnanimity of its leadership). But it also reflects long diplomatic tradition and experience of the nature of sovereignty and democratisation. As it accrues power and responsibility, it will no longer be able to be everyone's friend and will feel the tension between sovereignty and human rights more keenly, but it aspires to be a bridge between powers and will sometimes be a corrective to western selectivity and hypocrisy.


Not only should Brazil have a permanent seat on the security council, it is the best argument for security council reform and other attempts to make the international system more representative. It's time for the west, and the rest, to embrace Brazil's rise more actively and begin a more profound engagement.”